How To Handle Judgement About Your Need to Travel 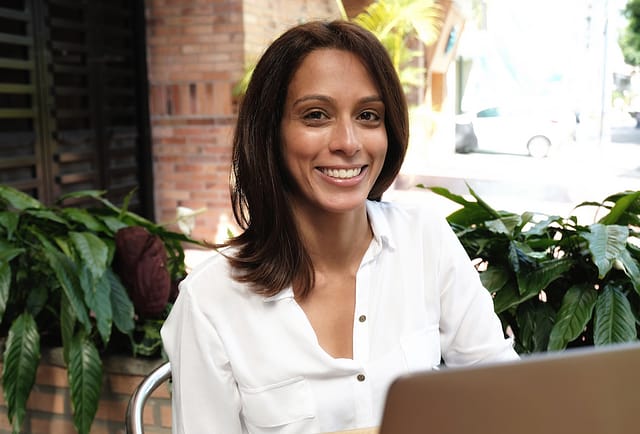 I first began travelling, by spending a year in the U.K. for adventure and freedom.

That year became two and as I began my preparations to return home, I knew my family was expecting me to begin a life I would no longer be able to.

I was a different person. The world and all of its possibilities had started to reveal itself to me in those two years. I wouldn’t be satisfied with a stable 9-5 paycheque, climbing the corporate ladder, saving up for retirement. I just didn’t know it at the time.

So I tried. I got that Corporate job, began climbing that ladder. But every once in a while that familiar unsettling returned and I would have to set off somewhere, doing the best I could with the meager vacation time North America allows.

Every time I returned though, the rumbling was louder. I knew I was going down a path that wasn’t right for me, I just didn’t know how to get off.

It was 2013 when I first started thinking, really wanting, to live abroad again. I didn’t know where or for what purpose – other than escaping the path I was currently on. I was frozen by the judgement from others I knew I would have to confront – society, family, even friends that were making choices I ‘should have’ aspired to. It took five more years for me to eventually take the leap and book a one way ticket to Colombia.

What changed in those five years? I’d like to say that the opinions of other people stopped affecting me. Or maybe that the judgement in itself all but disappeared. Sadly, that’s not the case.

I believe it was three key things that shifted for me during that time that made the difference and gave me the courage to eventually book that ticket.

1. I Found My People

The ugly truth is that the people who don’t support your decision to travel may never. That has to be their problem though. Don’t put energy into moving a mountain when that effort is better spent elsewhere.

When I was thinking about moving abroad again I was very selective about the people I told. For the most part, I didn’t tell my friends or family. Instead, I found a whole online community of travellers who were living the nomadic life I was aspiring to. I shared with them my dreams of moving abroad and they gave me the support I desperately needed. When you surround yourself with people that are doing what you want to do, it makes it easier to ignore the people that aren’t.

2. I Became Clear on My Why

When I moved to the U.K. it was about growing up and gaining independence. The second time I felt the urge to move abroad though, I couldn’t clearly articulate why. I had been working so hard to build this life for myself. Why would I want to put it on hold? Not being able to confidently answer that question makes it far easier for judgemental comments to seep in.

During those five years though I began exploring alternative career paths. That eventually brought me to Coaching and building my own online business. Suddenly I had my answer. Moving abroad would allow me the opportunity to focus on starting my business and kickstart my new path. It wasn’t about putting my life on ‘hold’. My future had now become more important than my past, and my travels were a key factor in making it all happen.

3. I Reflected On My Achievements

I have a theory, that the opinions and criticisms of other people more easily affect us when we believe there is truth to it. When it comes to travelling, there are people that view it merely as an ‘escape from the real world’, as if it adds no value to one’s life. But it does add value! A ton actually. Having a clear understanding of that helps those comments bounce right off.

I may still have a fear of creepy crawlers, but drop me in the middle of nowhere and I will happily find my way back home. I’m proud to say I have beloved friends scattered around the world, people with experiences and backgrounds that I continue to learn from. And for all the beauty and magic I’ve seen in this world, I’m proud (and incredibly fortunate) to say my travels have greatly contributed to my personal sense of gratitude. This is what travel has done for me. It has opened up my world.

The thing is, whenever someone chooses a path that is ‘different’, there are going to be naysayers. Those that will judge, roll their eyes at your choices, and ultimately try and make you feel as if you’re not living up to the ‘standard’. But we’re not here to live up to their standards. We’re here to make our own rules, carve our own path. And ultimately, live the life that makes us the most fulfilled. It’s never easy to be the renegades, but it’s always worth it.

Ready to push past the naysayers and follow your need to travel? Get started by choosing a city here!

Guest Post by Allison Colin-Thome. Allison heads up Career Off Script, where she helps young professionals find their ideal work, so they can stop waking up for just a paycheck, and instead have a career that means something to them. She cuts through their confusion by helping them figure their strengths, their motivators and their true needs so they can find careers they love and finally take their next steps with confidence. After a bumpy journey of her own, Allison left her career in Corporate Recruitment to pursue the work she loved. She started her business while spending time in Colombia learning Spanish and can either be found sipping Earl Grey in a midtown Toronto cafe or online at careeroffscript.com.