What My Father's Suicide Taught Me About Traveling Fearlessly 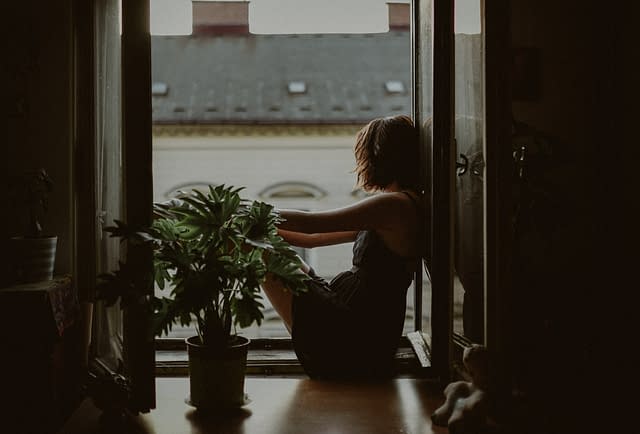 I had always lived life by the rules. I went to college, got a business degree, and got a job in marketing. There, I wore suits, carried a briefcase, and had my own office. I had control (or I thought I did), and that meant life was good. At least that’s what I was told, especially by my father, who’d spent 24 years teaching me what it meant to be successful.

Though I wanted to do more with my life, my dad’s approval of it was validating. But somewhere, what I truly wanted him to understand was that this briefcase-carrying career woman was not me. I had dreams of becoming a travel writer. “Dreams are just that—they’re not meant to be acted upon,” he would say. To him, the illusion of stability and security that comes with a salaried job was not worth giving up. Fear of losing my safe life and his approval turned this into gospel.

Then, on the morning of May 12th, 2014, my father, Mark Edward Kennedy, wandered into the woods and ended his life. I was in my office when I got the news. As the enormity of the situation became clear to me, my mind short-circuited like a clock, ticking progressively more slowly until it stopped: Tick—how can I fix this? Tick—this wasn’t part of the plan. Tick—where did I go wrong? Then time ran out on life as I knew it, and there was no going back. Between convulsive screaming fits, I repeated the words “What do I do? What do I do?” I was directionless. The man who taught me how to live had just given up on living.

Dad’s philosophy of life had been to avoid anything uncertain. He never took a vacation because bosses would see that the company could continue without him, and his fiscal plan consisted of stashing large amounts of cash away in a tin can, never spending a cent on anything he considered frivolous. Of course, in practice that meant travel was often out of the question. He protected himself from pursuing a life of deeper meaning and wanted to shelter me as well because in his mind there were too many chances for it all to go wrong.

At his funeral, a slideshow of pictures highlighted the events of his life. Pictures of birthdays and holidays brought back pleasant memories, but there was no sense of life-fulfilling accomplishment. I mourned losing him, but what I mourned more than anything else was his lost potential and a long list of dreams unrealized—unrealized except for one: traveling to Germany.

My mother and I spent much of our family trip to Germany trying to convince him that the experience was worthwhile, but he was reluctant to venture outside of his comfort zone. His misery peaked somewhere between Ulm and Schwangau on the way to visit Neuschwanstein Castle in Bavaria. We’d left Heidelberg at 4 a.m., and we were about five hours into our six-hour train ride. Sore from the uncomfortable seat and exhausted from sleep deprivation, he made it clear that he wasn’t happy being yanked from his routine. “I don’t see the point of jumping through all of these hoops just to see a damn castle,” he said and proclaimed that he would go straight to sleep once we got to the hotel. But when the snow-capped Alps came into view and we saw the fairy-tale castle perched among the clouds and mountain peaks, his perspective on the situation changed.

Suddenly he was leading the charge. We explored Neuschwanstein and the town of Schwangau. He sampled blood sausage, bought a traditional Bavarian Alpine hat, and even tried to speak German (he knew more of the language then he gave himself credit for). But the moment when I sensed that he was authentically happy was when he marched toward the Alpsee Lake with an ice cream in his hand, singing an old song from Looney Tunes: “You Never Know Where You’re Goin’ Till You Get There.” 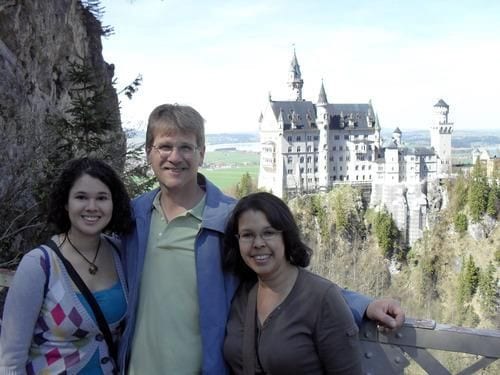 At the end of the journey, he finally understood that it wasn’t just about seeing a castle — it was the reward and the thrill of fearlessly facing the unknown in pursuit of a dream. He talked about that trip for years, completely forgetting how miserable and uncomfortable he had been at the beginning.

After Dad’s funeral, my roommate, Nicole, and I talked about dreams. “I want to look at a mountain from another mountain,” she said, “but it’s stupid.”

“Never call your dreams stupid,” I replied. But who was I to judge? I had been sabotaging myself, downplaying my own dreams for years. Nicole, my dad, and I were not so different. But what was the worst that could happen? Why not look at a mountain from another mountain? Why not take a shot at becoming a travel writer?

So I broke my dad’s rules. That August I quit my job, and a day later Nicole and I headed to Alaska. I had been shown firsthand that life’s too short and fragile to live in fear, so I vowed to pursue a life where I would leave no dream untouched. 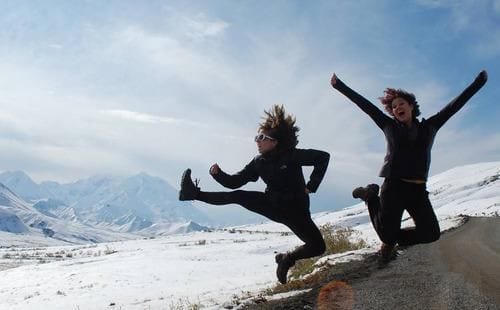 The Alaskan wilderness tested my limits. My sunburned face and callused feet ached; the idea that wolves could be stalking us was unnerving; waving my arms in the air to scare away bears sounded like a bad joke. But as Nicole and I approached the cliff and looked out over the grandeur of Denali National Park and Preserve, 20 miles from Mount McKinley, North America’s tallest mountain—much as my dad did when he saw the Alps—I recognized that being fearless and risking my comfort to witness this majestic mountain made life worthwhile. We were looking at a mountain from another mountain, and living this dream was more fulfilling than any promotion, raise, or record month of sales. We made it. I made it.

On May 12, 2014, my father walked into the woods and was too frightened to confront life’s uncertainty. And in that final act of suicide, he taught me the greatest lesson of all: that a life worth living is one lived fearlessly.

If you or someone you know is considering suicide, please contact the National Suicide Prevention Lifeline at 1-800-273-TALK (8255), text “help” to the Crisis Text Line at 741-741 or go to suicidepreventionlifeline.org.

This article was originally published on Yahoo and reshared here.
About Kae Lani: While some travellers follow their hearts, Kae Lani follows her gut. In addition to working as a travel writer, photographer, and videographer for USA Today 10Best, Kae Lani is also the co-creator of their newest venture, Eat Sip Trip. She has shared her love of food and travel on live broadcasts and has appeared as a guest on Cheddar TV and NASDAQ.