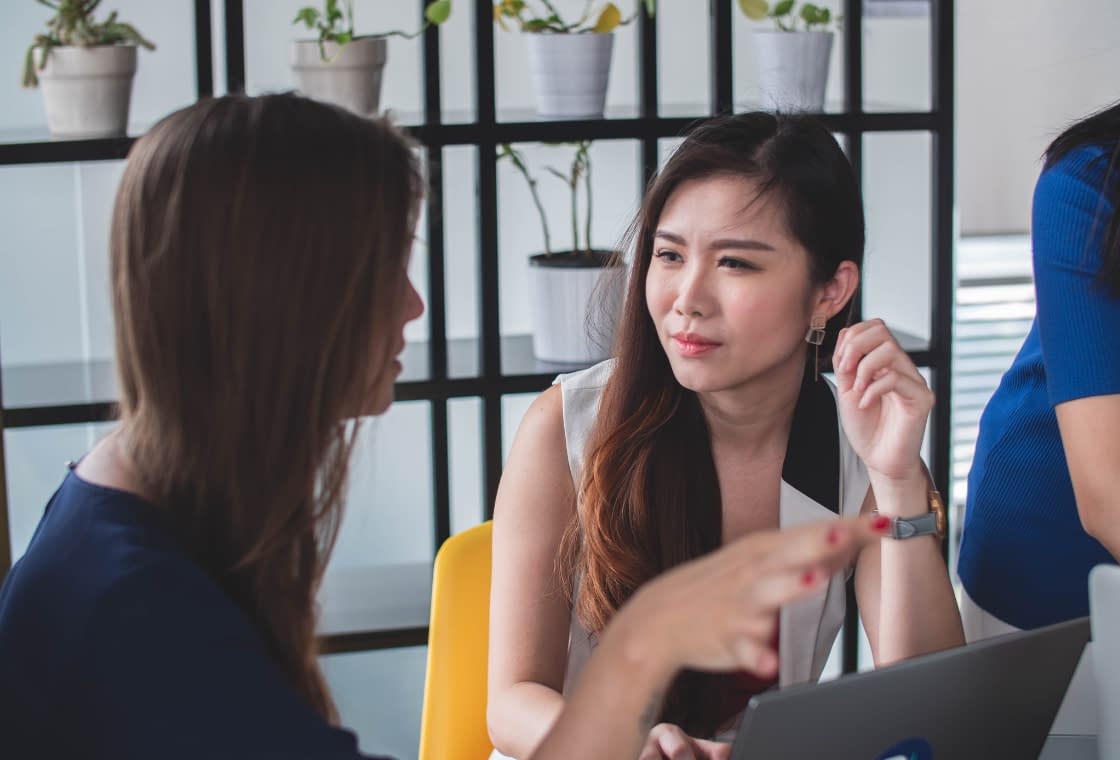 Guest Post by Alexandra Hayes
If you’re trying to transition to remote work, the way you’re communicating is super important. How you communicate plays a large role in if people actually understand what you’re saying. Whether you’re working remotely or not, these expert tips will have you communicating better in no time.
You’ve likely experienced over the past few years, a conversation that has taken a turn. Someone said something that doesn’t sit right with you, and you’re unsure of how to respond. Navigating social situations like this can be stressful.
Below are five expert-approved tips on how to maintain your cool and effectively communicate.

“If you’re trying to speak out in a way that has true power, the first thing you should do is take a deep breath,” Dr. Steven Fabick, Ed.D., a clinical psychologist in Birmingham, MI, says. “Once you do, you’re more likely to speak in a way that’s clear and articulate, and you’re less likely to try and embarrass the other person.”

When a disagreement is passionate and personal, phrases like, “that’s ridiculous,” or “you’re impossible,” often get thrown around. This is called a psychoanalytic interpretation, explains Dr. Jerry Goodman, Ph.D. and Professor Emeritus of Clinical Psychology at UCLA.
Put simply, it’s when you label another person to their face — a tactic that quickly offends people and quickly throws a wrench in a productive conversation. These interpretations can be non-verbal, too — like rolling your eyes.
If you’re feeling heated and on the verge of giving someone a psychoanalytic interpretation, try giving yourself distance before speaking up. You’ll have time to cool down, and will have a better chance of engaging in a meaningful discussion.

“If we focus too much on being right and on winning, it usually backfires in social interactions,” Fabick says. Try to give people the benefit of the doubt if you can, and keep your lecturing impulse at a minimum.

“Combat dialogue” can include your tone of voice as well as words and phrases that are clearly vengeful. For example, when a male friend disagreed with me after I called his comments “creepy,” I asked him a series of questions designed to antagonize him. There’s something super combative in pointing out flaws in another person’s point. You should avoid getting into the cycle of trying to one-up the other person by instead, using “I messages.”
For example, imagine you’re in the passenger seat with a driver who is going over the speeding limit. Instead of saying, “Slow down,” or “You’re an insane driver,” try saying, “I’m feeling nervous about how fast we’re going right now.” If you deliver your critique as an “I message,” the other person is less likely to feel attacked.

If you want to have a meaningful conversation with someone, Goodman points out that it’s crucial to avoid certainties. “Certainty is dangerous,” he says. To avoid this, he suggests sharing your experience and inviting the other person to do the same. Since we can never be 100% certain about how and why another person came to their perspective, giving each other the opportunity to explain is essential.
When you’re talking it through, Dr. Alisa Murray, Ph.D., a licensed psychologist, says to stay away from absolute terms that could trigger defensiveness. Words like “always” and “never,” which she points out, are rarely true.
Dr. Murray also suggests taking a moment to show respect for the other person before continuing. Saying something like, “That’s an interesting point,” is helpful because it lets the other person know that you’re listening to them without insinuating you agree. Because, after all,  these suggestions are meant to help you communicate respectfully, and truly hear what the other person has to say.

Originally posted on Thrive Global
Written by Alexandra Hayes, the Audience Engagement Officer at Thrive.
Ready to use these communication on your boss to ask to transition to remote work? Click here to check out our Letter to Your Boss and other helpful resources!